Dave McConnell has been crooning jazz standards in the style of Frank Sinatra since 2001.  Dave’s uncanny ability to channel the Sinatra vibe earned him the nickname “The Sinatra Guy” shortly after he began performing at venues such as The Jazz Factory and 801 Franklin.  Having honed his craft over the years, Dave continues the tradition of delivering songs with passion and conviction, made all the more enjoyable by that 60’s style he conveys.

Ron Simmons is a beloved veteran of the Huntsville music scene, having performed in many of Huntsville’s premiere clubs beginning in the late 1960’s.  The recipient of multiple Wings Awards for musical theater direction, and having served as musical directory for multiple high school musicals (Huntsville High School and Sparkman High) has endeared Ron to generations of Huntsville theater and music lovers.  Ron is currently Music Director for Westminster Presbyterian Church in Decatur.

Dave and Ron began working together in 2002 on a musical production of Some Enchanted Evening at Renaissance Theater.  The musical bond they share comes through in every performance.  Come enjoy this jazz duo in the incomparable atmosphere of Luciano. 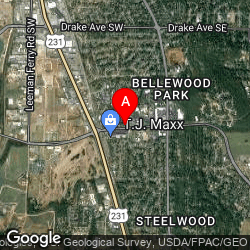